Last February, the preemption lawsuit against the City of San Antonio was dismissed. The lawsuit may be back, but for now the dismissal is a victory for the city.

On March 25, the City of Dallas lawsuit was argued on appeal to the Fifth District Court of Appeals. The briefs are available Lawsuit Pleadings page, and the following chart (provided by Joe Gorfida with Nichols, Jackson, Dillard, Hager & Smith, LLP) is an update on the status of the lawsuits. 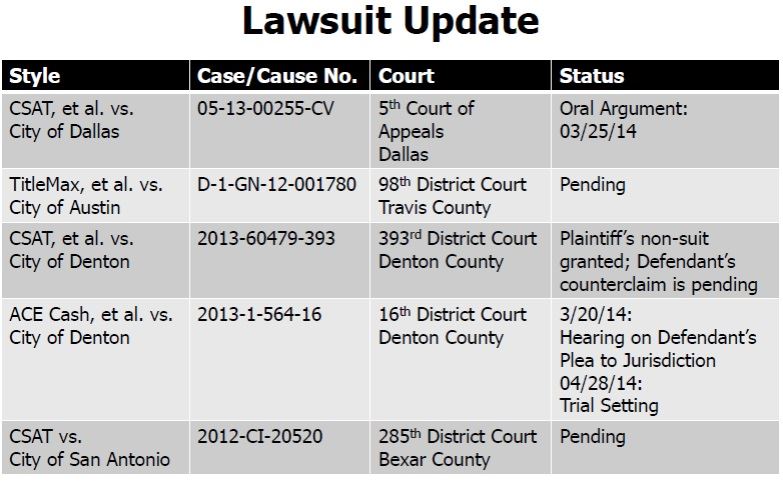 Questions about state regulators have prompted recent press reports and correspondence from senators. The El Paso Times ran and article on the subject, and three Texas senators sent a letter (PDF) to the Chairman of the Texas Finance Commission asking for his resignation.