Both the Guadalupe and Comal Rivers flow through the City of New Braunfels’ corporate limits. Years ago, the city passed a series of ordinances making it a crime for a person to use certain drink coolers and containers while they float down the rivers (sometimes called the “Can Ban”). A group known as Stop the Ordinances Please (STOP ), primarily made up of business owners who sell coolers/containers or otherwise serve river tourists, sued the city to overturn the ordinances.

After a loss for the city at the trial court, the case made its way to the Third Court of Appeals (PDF). That court never reached the preemption issue. Instead, the court dismissed the case for a procedural reason: Texas courts will consider a civil lawsuit challenging a criminal ordinance only if the ordinance is: (1) unconstitutional; and (2) threatens “irreparable injury to vested property rights.” The court ultimately concluded that the STOP group could not prove that the ordinances’ enforcement against their customers had irreparably injured their businesses’ vested property rights. (That’s because a business has a right to use its property, but not in a particular way or in a particular location.)

By declining to review the case, the Texas Supreme Court allows the city’s ordinances to remain in effect. 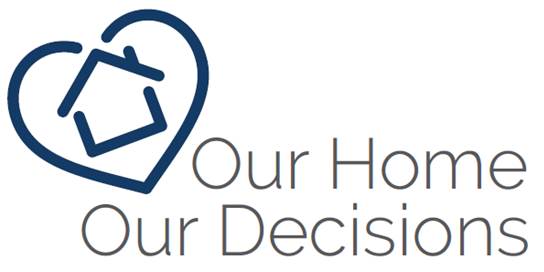 The first components of “Our Home, Our Decisions” are now available for download and use by TML member cities. They are: (1) a three-minute video production; (2) a PowerPoint Presentation that can be customized by cities for local presentations; and, (3) a two-sided handout in PDF format. The video production can be used as an introduction to the slide presentation, and the handout can be photocopied and distributed to attendees. The components, as well as a document with tips on how to use them, are available on the Our Home, Our Decisions page.