On December 1, 2017, municipal annexation as it has existed for over a century will be over.  On that date, Senate Bill 6 (PDF) becomes effective.  The bill will require landowner or voter approval of annexations in the state’s largest counties (those with 500,000 population or more) and in counties that opt-in to the bill through a petition and election process.  If your home rule city has plans to annex, you may wish to expedite that process and finalize the annexation prior to December 1.

Cities not subject to S.B. 6 (i.e., those in counties with a population of less than 500,000 that are not annexing into such a county and those in a county that has not held an election to become subject to the bill) may continue to annex under laws not affected by S.B. 6.

The League offers a paper (PDF) and example documents (including an expedited calendar) explaining the current process.  (The paper and documents linked will no longer be current come December 1.  An updated paper will be provided by that date.)

History has shown that the state’s grant of broad annexation power to Texas’ home rule cities has always been one of our least understood and most contentious governance issues.   It is also one of the most important from the perspective of how the state dealt with its massive population growth.  Interesting is the fact that the legislature has rarely acted to broadly limit municipal annexation.  Even when major reforms have passed, the core authority remained largely intact.  Why is that?  It was because key legislators understood that cities support the state’s economy through the services they provide.

The current legislature lost sight of the reasons behind annexation.  In the process, it may deal a punishing blow to Texas.  In a state that adds 1,400 people each day to its population, S.B. 6 will curtail the ability of cities to manage that incredible growth.  That being said, and in spite of the legislature’s confusing, continued efforts to harm the state’s economic engines, city officials in Texas are resilient and will find innovative ways to keep the Texas miracle alive.

The City of McAllen is leading a coalition of around two dozen cities that will soon file a lawsuit to challenge the woefully low right-of-way rental fees in S.B. 1004.  That bill, passed during the 2017 regular session and effective September 1, requires a city to allow access for cellular antennae and related equipment (“small cell nodes”) in city rights-of-way, and it also entitles cell companies and others to place equipment on city light poles, traffic poles, street signs, and other poles.

The bill give cities limited authority over placement, and it caps a city’s right-of-way rental fee at around $250 per small cell node.  The price per node in the current bill is, plainly and simply, a taxpayer subsidy to the cellular industry because it allows nearly free use of taxpayer-owned rights-of-way and facilities.

Interested city officials can still join the coalition by contacting Kevin Pagan, city attorney for McAllen, by email or 956-681-1090.

In addition, the City of Austin has filed a separate lawsuit claiming that the federal Telecommunications Act preempts S.B. 1004 because the bill usurps the city’s control over its rights-of-way.

In related news, the Texas Public Policy Foundation has sought for over a decade to eliminate all right-of-way rental fees.  The Houston Chronicle recently ran an article calling attention to a TPPF study on the issue, and attacks on this city authority are likely in future legislative sessions.

The lawsuit filed by the City of Austin and the pending one from the McAllen coalition should serve as a shot across the bow to utility companies:  Cities want these services, but their taxpayers shouldn’t be on the hook for subsidizing them.

Questions about the new small cell law, Senate Bill 1004, are rampant. Hopefully, the information in this article will be of assistance.

The bill, passed during the regular session and effective September 1, requires a city to allow access for cellular antennae and related equipment (“small cell nodes”) in city rights-of-way, and it also entitles cell companies and others to place equipment on city light poles, traffic poles, street signs, and other poles.

Because the industry sought compressed timelines, most agree that there hasn’t been sufficient time for stakeholder input at the city level.  The implementation of the bill may be the classic “be careful what you ask for” for cell providers.  If you are confused by the bill’s requirements, and how they will work in practice, rest assured that you are not alone.

Small cell nodes are not yet a replacement for the large “macro towers” that dot our landscape.  Rather, the nodes are meant to expand network bandwidth in densely populated areas.  S.B. 1004 allows cell companies and others to place the nodes in city rights-of-way, but cities in rural areas may not be affected immediately – if at all.

The bill grants some control to cities by allowing them to, among other things:

Most cities will also need to review their right-of-way management ordinance and may need to create or modify permit application forms for right-of-way access.  The documents can be very simple or very complex, depending on the needs of each city.

The League has obtained example documents, timelines, and other materials that were prepared for the Texas Coalition of Cities for Utility Issues and others.  The documents are comprehensive, but they do not include a right-of-way management ordinance because so many of those are different and need individual attention.  They do include a “short form” implementation ordinance that has been drafted and circulated by AT&T, but no city should ever adopt that ordinance without careful practical and legal review.

Probably the best place to start is an overview paper (PDF) that was recently presented to the Texas City Attorneys Association.  Keep in mind that the documents are simply a starting place for staff and attorneys to develop city-specific regulations.  Each city should consult with legal counsel prior to adoption, and many cities may need to seek expert help to do so.  (A list of attorneys with expertise in this area is available on the documents page)

The state law prohibition does not apply to operators of authorized emergency or law enforcement vehicles while acting in an official capacity.

A violation of the offense is a misdemeanor punishable by a fine of at least $25 and not more than $99.  However, at trial, if it is shown that the defendant has been previously convicted of this offense, the fine increases to at least $100 but not more than $200.  If it is shown at trial that while committing an offense, the defendant caused the death or serious bodily injury of another person, then the offense becomes a class A misdemeanor. The maximum penalty for a class A misdemeanor is a fine not to exceed $4,000 and confinement in jail for up to a year. (Note: a municipal court does not have jurisdiction over class A misdemeanor cases.)

Beginning September 1, 2017, any city ordinance relating to the use of a portable wireless communication device by a driver to read, write, or send an electronic message is preempted.  A city may continue to prohibit the use of a wireless communication device for phone calls, unless the individual is using a hands-free device to do so. If a city requires the use of a hands-free device, Transportation Code section 545.425 (b-2) requires a city to post signs indicating this prohibition at each point at which a state highway, U.S. highway, or interstate highway enters the city.  The signs must state:

A city is also required to post the above message on any dynamic message sign operated in the city located on a state highway, U.S. highway, or interstate highway in the city.

Transportation Code section 543.004(a) provides that a police officer may only issue a written notice to appear for a violation of section 545.4251. This means that an officer is prohibited from placing an individual under arrest for this offense. An officer is also prohibited from taking possession of or inspecting the device, unless authorized by the Code of Criminal procedure, Penal Code, or other law.

If you have additional questions, please contact Heather Lockhart, TML assistant general counsel at 512-231-7400 or by email.

Some State Leaders Just “Get It”

In the wake of a regular and special session during which some state leaders vilified cities, it’s refreshing to see that some don’t subscribe to that nonsense.

Texas Comptroller Glenn Hegar recently kicked off a tour of Texas manufacturing plants with visits to two Central Texas Cities: Samsung in Austin and TECO-Westinghouse Motor Company in Round Rock. During his Good for Texas Tour: Manufacturing Edition, Hegar will tour facilities and meet with local officials. 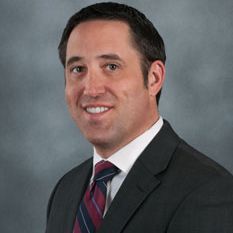 “Texas has an extraordinary manufacturing economy,” Hegar said. “The state’s resources make it a natural leader in petroleum and chemical manufacturing, our research institutions have fostered computer-related and other high-tech manufacturing, and our business-friendly environment and skilled labor force have helped create a dynamic automotive manufacturing sector.”

It appears that Comptroller Hegar recognizes that 74 percent of Texans live in our 1,215 cities, and the decisions those cities have made at the local level have put Texas cities at the top of the nation in economic and infrastructure success.

City officials may wish to thank our comptroller for his recognition of their efforts.

The Texas Commission on Environmental Quality (TCEQ) is seeking feedback on draft revisions to RG-384, “How to Develop a Monitoring Plan for a Public Water System.” Cities that wish to submit feedback on the draft monitoring plan (PDF) should do so by September 15, 2017.  This is not a formal rulemaking, so TCEQ has prepared an excel spreadsheet form (XLS) for submitting comments by email.

What is a monitoring plan? The plan is required for all public water systems.  It is a system-specific document demonstrating compliance with regulatory requirements and that water quality monitoring is representative of the water distributed to consumers.

Systems that treat surface water or groundwater under the direct influence of surface water are required to send a copy of their monitoring plan to the TCEQ for review and approval. A copy of the plan should also be kept at each treatment plant, as well as at city hall. Systems that use groundwater or purchased water are not required to send a copy of the monitoring plan to TCEQ.

Instead, those systems must keep the plan on file for review by the TCEQ inspector during routine comprehensive compliance investigations, or must provide a copy of the plan to TCEQ upon request. A copy of the plan should be kept at each treatment plant, as well as at city hall.

Additionally, all public water systems are required to have a copy of the monitoring plan available during appointments with the TCEQ's sample collection contractor. Additional information about monitoring plans is posted on the TCEQ website.