This near to the end of the legislative session, the resolution of many city-related issues is largely out of the League’s control.  With the exception of a few issues, all the decision making from here on out tends to be made behind closed doors in conference committees and other private discussions amongst legislators.   As a result, little work remains to be done by city officials other than to wait for the final score.  To that end, where do we seem to stand now?

The version of S.B. 2 that will be considered by the House contains several transparency modifications to the tax rate notice process, but it does not contain any revenue cap or otherwise make any adjustments to the rollback rate or petition and election process for a tax rollback election. The League supports increased transparency measures and is not opposed to the current version of S.B. 2.

League staff has informed every house member that it is absolutely imperative that harmful revenue cap provisions do not get added back into the bill. Revenue caps will lead to budget cuts for police, fire, and emergency services and limit the ability of cities to improve infrastructure across the state, all without providing any meaningful tax relief to Texas taxpayers. Nevertheless, it is rumored that at least one revenue cap amendment will be proposed.

Additional detail about bills that pass will be included in future Legislative Update articles, and staff will prepare an edition with summaries of every city-related bill that passes.  For additional insight and details, city officials should plan to attend the Legislative Wrap-Up Seminar on June 30th in Austin, where League staff will discuss in detail every bill that passed that would affect Texas cites.

A Collin County district court has held that a home rule city can enforce building codes and require building permits in its extraterritorial jurisdiction (ETJ).  In City of McKinney v. Custer Storage Center and Collin County, the district judge entered an order (PDF) declaring that an ETJ subdivision agreement ceding the county’s subdivision authority to the city also grants building code and permitting authority to the city, but only for property that is subdivided.

The case arose when the developer of a massive recreational vehicle park in the city’s ETJ refused to obtain building permits or pay fees to the city.  As part of that dispute, the developer argued that it had already obtained the appropriate permits from the county.

The city contended that the statutorily-required ETJ subdivision agreement with the county controls the dispute.  The agreement granted the city “exclusive authority to review and approve plats and ‘related permits’ for conformance with the city’s subdivision ordinance and related development ordinances” in the ETJ.  The court agreed with the city.

Of course, the order is binding only on the parties.  Whether any of them will appeal remains to be seen.  The order comes on the heels of the Texas Supreme Court’s opinion in Town of Lakewood Village v. Bizios. That opinion concluded that a general law city does not have the authority to require building permits in ETJ, and included some discussion of home rule authority.  In any case, it’s probably fair to say that the issue of home rule authority in this area is far from settled.

TML Names Legislator of the Month for April

Representative Andrew Murr is the TML Legislator of the Month for April 2017.  Representative Murr represents House District 53 which includes the cities of Kerrville, Sonora, Hondo, Llano, and Horseshoe Bay. 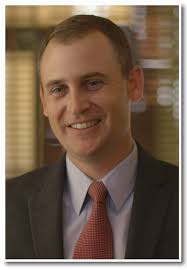 First elected in 2014, Representative Murr is serving in his second term and is a member of the powerful House Ways and Means Committee as well as the House Committee on Judiciary and Civil Jurisprudence, and the Select Committee on State and Federal Power and Responsibility.

Representative Murr understands local issues as he has served as Kimble County Judge and is a past Chairman of the Concho Valley Council of Governments Executive Committee. He has been a tireless advocate for local control and understands that the best solutions to local problems are found at home.

We hope city leaders across Texas, and particularly those in Representative Murr’s district, will express their appreciation to this outstanding leader.

When the legislature is in session, nothing compares to the effectiveness of city officials testifying at the Capitol. City officials who take their time to travel to Austin to speak out on important city issues should be applauded by us all. The League extends its thanks to all those who have vigilantly represented cities during the legislative session.